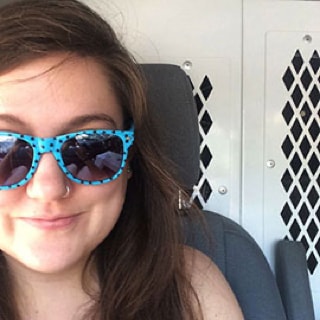 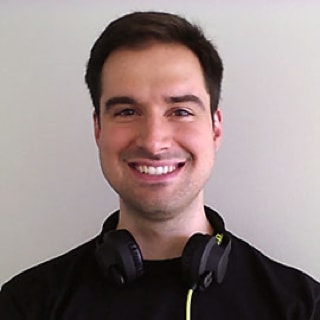 “Pingboard is so easy to roll out, and in a situation like ours where you have remote employees, it couldn’t be easier to know where people are and what they’re doing.”

When Postlight was founded in October of 2015, Managing Partner Chris LoSacco and HR Manager Christine Morse had the foresight to know they’d need the right tools in place to connect their internal and remote teams.

“We were getting the company started with very little infrastructure,” says Chris. “We needed to put some good standard processes in place to manage things like time off and employee status tracking.”

But being developers themselves, the company had high expectations for what that solution should look like, and they could smell bloated or shallow features a mile away.

“We are a software company,” Chris says. “So we really wanted a low-overhead tool that could get the job done without a lot of additional weight.”

“We were getting the company started with very little infrastructure. We needed to put some good standard processes in place to manage things like time off and employee status tracking.”

Hunting for a Simple Solution

To stay agile, Postlight outsources some elements of their HR needs to a third party—but the tools for tracking time off and employee statuses were limited and cumbersome to use.

“We wanted to give people something that wasn’t painful to use on a day to day basis,” Chris says. “Especially when it came to something like tracking when you were in and out of the office.”

Employees had already begun using a chat client to share their status updates, but this informal system came without reporting and was difficult to track at scale.

“There was just no good way to track their statuses,” Chris says. “There was no dashboard overview to see where everyone was on a given day, no way to track it historically, and it didn’t integrate with Google Calendar.”

While Chris and Christine evaluated their options, they found many of them to be too weighed down with excessive features they didn’t want or need.

“We looked at a lot of tools,” says Chris. “But we liked Pingboard right from the very beginning because it was so simple and wasn’t trying to do more than it should.

It also has great support on all platforms including Google Calendar—that was crucial for us.”

Pingboard’s flexible API support also allowed Postlight to even integrate the tool into their internal chat client through a bot, enabling employees to access information from Pingboard without even having to open a new tab.

“That API support was critical for us in making a decision to choose Pingboard,” Chris says.

“We looked at a lot of tools, but we liked Pingboard right from the beginning because it was so simple…”

“A Night and Day Difference”

It wasn’t very long after adopting Pingboard that Chris and Christine began to see the positive impact it was having on Postlight’s employees.

“It’s so easy to roll out, and in a situation like ours where you have remote employees, it couldn’t be easier to know where people are and what they’re doing,” Christine says.

Chris agrees, noting that “Once we got Pingboard up and running, it was a night and day difference. Just even having that simple dashboard overview so you can see where everyone is every day has become extremely valuable to us.”

But Pingboard hasn’t just been effective from an administrative perspective, it’s also been helping Postlight’s employees to connect in more meaningful ways.

“Being able to put faces to names is very helpful,” explains Christine. “When our remote employees come into town, it doesn’t feel like it’s their first day for them anymore.”

As Christine describes, Pingboard has also added a new level of clarity and transparency into Postlight’s day-to-day workflow:

“Being able to visually see who is working on which project and having that transparency so that everyone in the company can see has been so helpful,” says Christine.

“Pingboard has given us a consistent place that we can all go to get the information that we need to work smarter. No one is asking where someone is that day, they just know to go to Pingboard and check their status.

It’s great, it really lets us not have ambiguity about what people are doing.”

Pingboard continues to be a core part of how the burgeoning startup stays organized, efficient and connected – no matter where their employees might be.

“Pingboard has given us a consistent place to all go and get the information we need to work smarter. No one is asking where someone is that day, they just know to go to Pingboard and check their status.”

Postlight is a software design and development firm based out of New York that specializes in product and digital strategy across mobile and web.

Reconnect your people with Pingboard