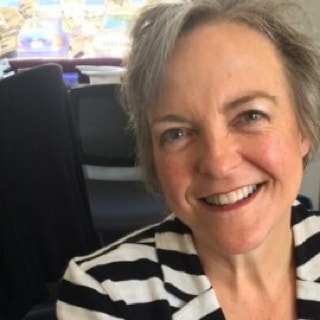 “It’s hard to think of Uplight growing without Pingboard at this point.”

Challenges: An acquisition uncovers the need for a quick way to unify teams and plan for future growth

Established in 2019, Uplight provides “customer-centric energy solutions, in a unified system.” They formed through the acquisition of Ecotagious , EnergySavvy (2 locations), and FirstFuel with Tendril’s data analytics platform and Simple Energy’s consumer engagement marketplace.

Prior to the acquisition by Uplight, FirstFuel used multiple org charts to track around 100 employees back in 2015. Their organizational charts were created in PowerPoint and manually updated by the office manager on an as-needed basis.

Over time, FirstFuel identified the need for a directory of employees with photos, phone numbers, job titles, and more. However, achieving this on PowerPoint was a daunting task—not only because the interface was clunky and visually unappealing, but also because org charts made in PowerPoint were constantly outdated just a short time after being created.

Fast forward to late 2018, FirstFuel was contacted by Tendril—a mid-sized company buying energy-related companies—to discuss a possible acquisition. The night before the first acquisition meeting, Holly Abernethy, the then Director of Human Resources at FirstFuel, was asked to re-create the existing org charts because her leadership team didn’t want to show Tendril their existing org charts in the state they were in.

Holly’s boss asked, “Can you provide updated org charts to me by 9 a.m.?”

The Solution: Pingboard replaces static org chart with interactive, easy to use software

After a quick internet search, Holly felt confident in Pingboard’s ability to give her what she needed, and fast. She signed up for Pingboard’s free trial and felt that learning the tool was effortless: “It was incredibly simple to get started.” she explained.

Holly used Pingboard to quickly create visually appealing and (more importantly), accurate org charts just in time for the big acquisition meeting. During the presentation the next day, the CEO of the acquiring company was so impressed with the look and feel of the org charts that he adopted Pingboard in the other newly acquired organizations.

“Pingboard really made me look good in a short amount of time,” Holly said.

The Results: Visibility into 6 office locations with the ability to plan for the future staffing needs

FirstFuel was officially acquired by Tendril in June2019 and the combined five companies were rebranded as Uplight later this summer. As a result of the acquisition, Uplight rapidly grew from 120 employees to 385 in six months. Holly says the new HQ plan is to keep up with the growth by integrating Pingboard with their HRIS System. With this integration in place, Pingboard will reflect an accurate picture of the organization. everytime a new employee is added, removed, or joins another team,

“I wouldn’t say Pingboard closed the acquisition,” she explained. “But it certainly helped! ” Following the acquisition, Holly’s role changed , and she became responsible for two large departments in the newly formed Uplight.

“We use Pingboard’s dashboard to quickly reference who is out of office and when they will be back,” Holly stated “it’s so helpful—there’s no more guessing or asking around”.

Since implementing Pingboard, the ‘People Squad’ as they are called at Uplight is able to look at the entire organization holistically and properly assess recruiting needs.

Culture and Getting to Know Each Other

With seven global office locations, getting to know each other can be a challenge. Uplight employees now use Pingboard’s custom fields feature to add interesting details to their profiles. “We use the custom fields to learn about each other as icebreakers,” Holly said. These custom fields allow Holly and other employees to see details like hobbies, pets, and interests, allowing them to form connections with team members on a more personal level.

Uplight uses Pingboard as one of the company’s most critical tools for communication. “If I want to text or call somebody on any team, I can do it straight from Pingboard’s mobile app, which is so easy.”

“It’s hard to think of Uplight growing without Pingboard, at this point,” Holly said. She looks forward to the future growth of the company and the visibility that the leadership now has to plan and get to know their people.

Uplight is the leading provider of end-to-end customer-centric technology solutions dedicated solely to serving the energy ecosystem. More than 80 utilities around the globe use Uplight solutions to power their customer energy experience.

Uplight creates a more sustainable future by empowering customers in a way that the sum is greater than the parts—bringing together all of the pieces of customer energy action management, residential and commercial.

Reconnect your people with Pingboard