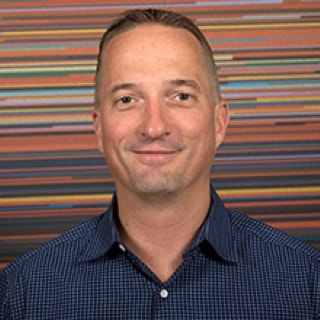 “Pingboard has been the most impactful software we’ve implemented in the last 12 months. It has become ingrained in our culture.”

As vice-president of HR and Talent, Demandbase’s rapid growth and migration to a flexible paid time-off policy was posing a serious challenge for Landon Pearson. The company was growing quickly on a global scale, and maintaining an intimate company culture was becoming increasingly difficult.

“One of the things our executive team prides themselves on is knowing everyone’s name,” Landon explains. “Since we were just getting to the point where we couldn’t keep up with all the new faces, we really needed a solution to help keep track of everything and everyone.”

Finding the Right Tool for the Job

Managing Demandbase’s rapid growth was made even more difficult by the clunky or poorly-integrated software the company was using to try and keep everything organized.

“I was using Microsoft Visio for our org charts, which was just painful,” Landon says. “We’d been wrestling with the most frustrating org chart software for so long, just to do things that really should be so simple.”

For the company directory, Landon’s team had been using a Microsoft Excel sheet that was not only time-consuming to manage, but would quickly seem outdated to new employees.

The previous year, Demandbase had switched to a flexible paid time-off policy, but determining which employees were out of the office quickly became a logistical nightmare with Microsoft Outlook.

Employees were required to send calendar appointments to an out-of-office email address to notify their superiors when they were away from work.

Many employees failed to report their time away and tracking time-off at scale became a hassle for Landon and his team.

With the company adding roughly 25 new employees a quarter, the onboarding process became as time-consuming for Landon as it was confusing for the new employees.

“We noticed that as we were onboarding new hires, it was becoming more difficult for them to figure out who’s who and what their responsibilities were,” Landon explains.

Landon’s team worked diligently to continue to maintain the company culture that had played such a big role in Demandbase’s growth. However, as technical issues continued to mount, the existing system couldn’t keep up and he knew that something had to change.

“We’d been wrestling with the most frustrating software for so long just to do things that really should be so simple.”

Initially, Landon found Pingboard while hunting for a better tool to handle Demandbase’s employee directory, but Pingboard’s other features quickly won him over.

“Pingboard was the only solution that had the employee directory and the org chart functionality,” Landon says. “But what really closed the deal for us was the employee out of office notifications.”

Pingboard’s Slack integration and status notifications revolutionized how employees marked their time-off, and quickly became a core part of how Demandbase operated.

Instead of having to remember to send emails, employees could just press a button and instantly notify whoever they needed.

“Pingboard spread through the company like wildfire; it really changed the way we work and increased efficiency,” Landon says. “If someone wasn’t in the office one day, everyone immediately knew why and where they were. It gave us total visibility, but didn’t feel like ‘big brother’ to our employees.

“Pingboard spread through the company like wildfire; it really changed the way we work and increased efficiency.”

Instant status updaters and paid time-off tracking weren’t the only areas where Pingboard was improving how Demandbase operated. Having a widely accessible, up-to-date org chart helped employees familiarize themselves with their peers and ultimately brought them closer together.

“Pingboard is a key part of my new hire orientation now,” Landon says. “When somebody starts, we introduce them to Pingboard and say ‘this is going to be your best friend.’ The org chart gives us the perfect visual to run through how the company is organized. There’s really no good replacement; it’s the simplest and most user-friendly org chart I’ve ever used.”

Pingboard also became an asset at Demandbase’s weekly town hall meetings, saving Landon valuable time from preparing reports on all the new hires and promotions. Instead, Demandbase’s executives had immediate access to all of that information themselves—and remembering names was easier than ever.

“It’s the simplest and most user-friendly org chart I’ve ever used.”

The biggest victory for Demandbase is how much Pingboard has improved its culture.

“As a fast growing organization, Pingboard has become an invaluable tool to make people feel comfortable—not only as they’re coming on board, but existing employees can easily identify and know people by their first name. Pingboard helps us keep that small company feel.”

With over 200 employees, keeping that personal culture alive has been a huge win.

“It’s been great for culture, and it’s been great for efficiency. I can’t say enough how much it’s helped us as we’ve continued to grow. Pingboard has been the most impactful tool we’ve implemented in the past 12 months. It’s not just an administrative thing, it’s become ingrained in our culture.”

Demandbase is the leader in Account-Based Marketing. They help B2B marketing companies accurately target specific accounts in real time across the Internet and then engage those accounts with advertising, website personalization and sales conversion solutions. With the Demandbase B2B Marketing Cloud, businesses can accelerate revenue growth by targeting accounts with the most potential across the entire funnel.